Our web site uses cookies so you can place orders and we can provide a better service. Continue to use the site as normal if you're happy with this, or find how to manage cookies. OK, got it 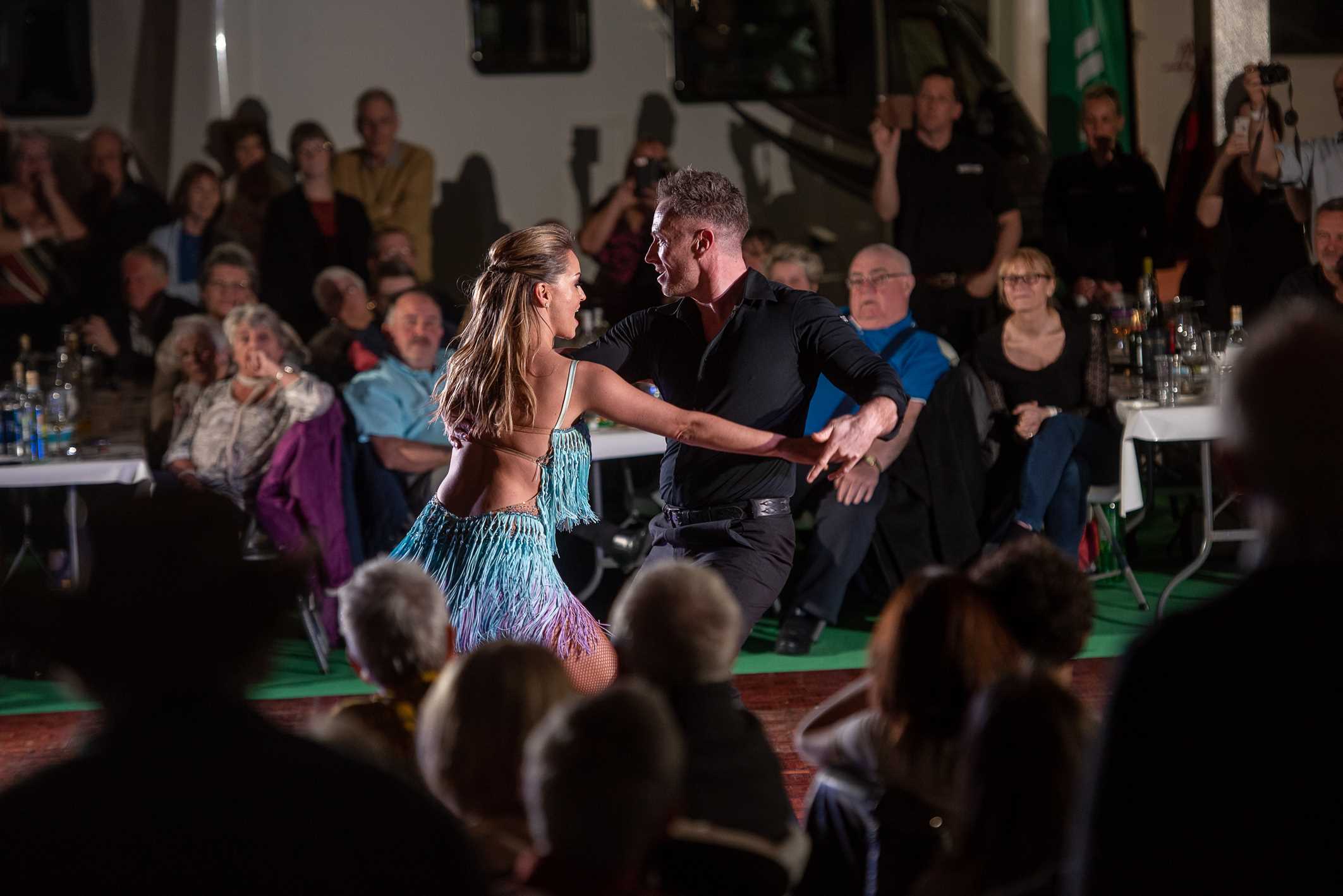 Our Strictly Motorhoming weekend took place from Friday 13th – Sunday 15th April, where Club Members were treated to a weekend of complimentary food and entertainment.

Mike Leigh joined us on Friday night to perform his Neil Diamond tribute act, with brilliant vocals and playing classics such as Sweet Caroline and America. This was after a hilarious game of Mr and Mrs which saw three couples take to the stage with the winners scoring 5 out of 5! Andy Jackson, our Compere and DJ then drew the night to a close with his fantastic disco.

Saturday night saw the return of James and Ola Jordan, originally from the BBC’s Strictly Come Dancing show. James and Ola were wonderfully engaging, spending time to give autographs and photographs as well as answering all the questions posed to them by our Club Members. Their Cha Cha Cha workshop was brilliantly entertaining and their showcase of dances breath-taking.

On Saturday, we held a raffle prize draw, played bingo and hosted a cake and tombola stall. We are delighted to say that, thanks to the generosity of our Club Members, we raised a staggering £1,475 for the Children’s Bereavement Centre in Newark – our Charity of the Year. Thank you so much to everyone who supported us with our fundraising, it will make such a difference to this local charity.

To view all the photos from this weekend, please go to our photo gallery.

home
© Brownhills Motorhomes Limited - All Rights Reserved.
Registered in England No. 02999408 Reg. Office: A1/A46 Junction, Newark NG24 2EA
Brownhills Motorhomes Limited is an appointed representative of ITC Compliance Limited which is authorised and regulated by the Financial Conduct Authority (their registration number is 313486). Permitted activities include advising on and arranging general insurance contracts and acting as a credit broker not a lender.

We can introduce you to a limited number of finance providers. We do not charge fees for our Consumer Credit services. We may receive a payment(s) or other benefits from finance providers should you decide to enter into an agreement with them, typically either a fixed fee or a fixed percentage of the amount you borrow. The payment we receive may vary between finance providers and product types. The payment received does not impact the finance rate offered.

All finance applications are subject to status, terms and conditions apply, UK residents only, 18s or over, Guarantees may be required. VAT number 931 3050 65
e-commerce by SAYU

TOP
CLOSE X
Thank you for subscribing to the